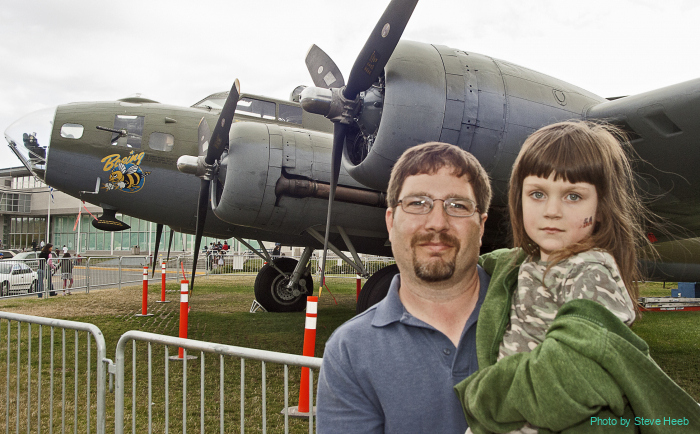 Just a few sample pics of the B-17F 42-29782 Boeing Bee from my personal archives documenting the B-17s I have had the good fortune to see in person. The first batch of photos is from a visit to the Boeing Bee during restoration in 1997. A few years later, I was able to take a photo of the Boeing Bee at the Renton Airfield when I happened to spot it while driving by. It is flyable but currently on static display in front of the Museum of Flight, where the family and friends have had multiple opportunities to see it through the years (often covered up for the fall-spring weather). A tour through the Boeing Bee in 2014 was an enlightening experience that revealed how well the restoration team had done in preserving such a wonderful piece of our history.

I gave myself a Father’s Day gift and headed to the Museum of Flight for the special pre-opening opportunity for members to visit the new covered pavilion June 19, 2016 — a week before it is to be opened to the public. The Boeing Bee is the first aircraft to greet visitors as they emerge from the Space Gallery into the massive pavilion. It is showing signs of being left in the elements, but won’t suffer that indignity anymore.

under restoration in Renton Boeing plant (1997)