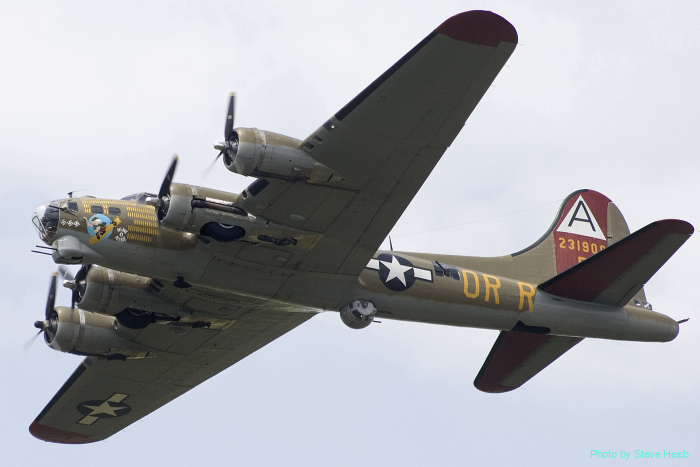 Just a few sample pics of the B-17G 44-83575 Nine-O-Nine from my personal archives documenting the B-17s I have had the good fortune to see in person. When Nine-O-Nine crashed in 2019, I immediately set out to create a digital artwork to honor the plane.

Flight from Bremerton to Seattle; 1998

I covered the Nine-O-Nine’s visit to the Northwest in 1998 and made my very first flight aboard a B-17, traveling from Bremerton to Seattle. It was an incredible experience that we featured with a full-color full-page article centered on the flight and my grandfather. The flight was photographed on film, and these are scans of the prints. I’d like to think the negatives will turn up someday, but it is not likely. Note the Kingdome is still in Seattle at that time, and the Collings Foundation’s B-24 Liberator was still painted as “All American” [I recalled it as “The Dragon and Its Tail” (now Witchcraft) but recently discovered more of my photos that clearly show it as All American]