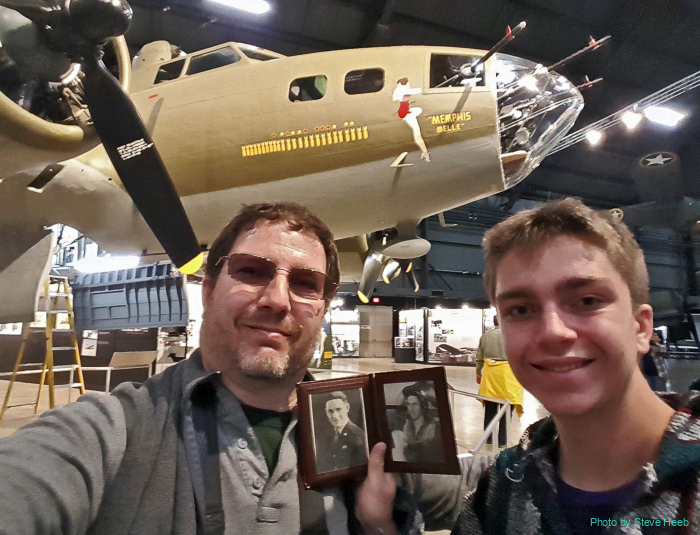 Just a few pics of the famed B-17F 41-24485 Memphis Belle. I was there for the ribbon-cutting ceremony May 17, 2018, celebrating the 75th anniversary of when Morgan’s crew completed its 25th mission in the Memphis Belle. After a lengthy restoration, the Memphis Belle looks better than ever on display in the National Museum of the USAF at Wright-Patterson AFB in Dayton, Ohio. The turnout for the three-day celebration was incredible, but I arrived early and found a spot fairly close to the front for the General’s speech and cutting of the ribbon.

The display is fantastic, with the Belle posed as if flying. I have not heard any criticism from folks that were actually there to see it in person, rather only from folks that are envisioning that the plane is hanging from the rafters or something. Nothing could be farther from the truth. The plane is presented in a way that visitors actually get to walk underneath the plane and are considerably closer than if the plane were sitting on its gear and roped off. Other than not seeing the top of the wing (which you wouldn’t if it were in the corner and roped off) you get a much more personal view of the Belle this way.