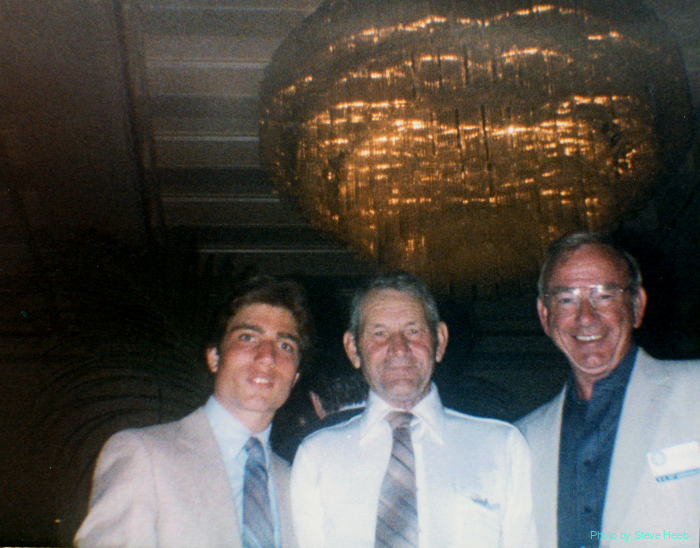 I had only been in Washington State for about a year (and lived with my grandparents most of that time) so it was a very special treat when granddad, dad and I went to the 50th Anniversary of the B-17 Flying Fortress at Boeing Field. The celebration featured three B-17s out in front of the new Museum of Flight. Two Forts were escorted by a pair of “Little Friends” as they flew over the crowd. A U-2 Dragonlady also made a fly-by.

After the day in the sun, the three of us met up with several veterans from the 447th BG, including his crewmate Gordon Todd. A very special event indeed!