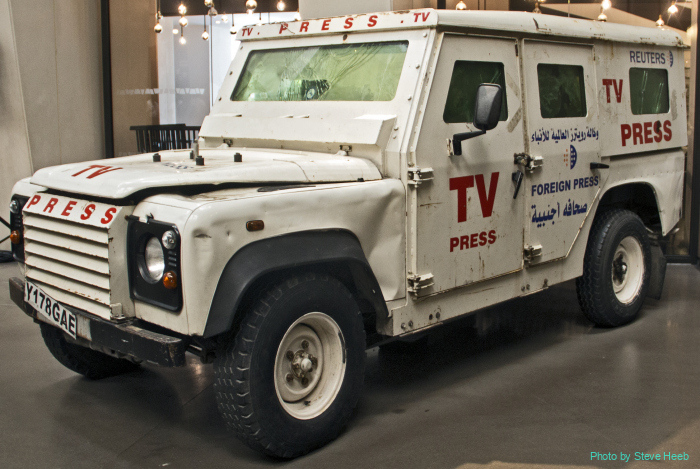 Here are some photos I took of the Reuters Land Rover at the IWM in London. The Land Rover was used by Reuters in Gaza and was damaged by an Israeli rocket strike on Gaza in 2006. Reuters cameraman Fadel Shana and a local journalist were injured in the attack.