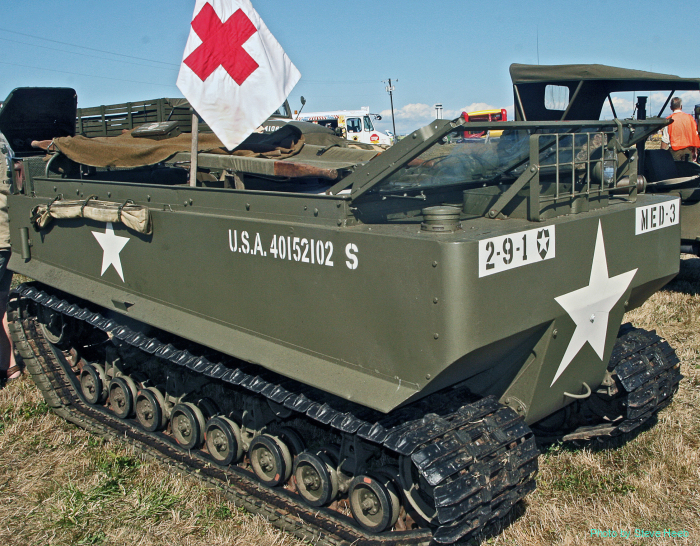 I took photos of these Studebaker M29 Weasel tracked personnel carriers during the big Thunder Over Michigan show in 2010, and during the Vintage Aviation air show at Paine Field in 2012. I called on the Hyperscale nation to help identify it and they came through. Another example was found at the Planes of Fame Museum in Chino, Calif.