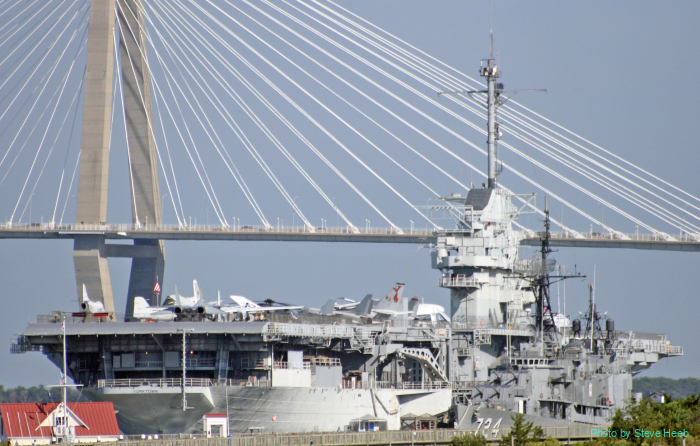 Mitchell and I had fun exploring the USS YORKTOWN (CV-10) during a visit to Patriots Point in 2013. The Essex-class carrier CV-10 was under construction as Bon Homme Richard when CV-5 Yorktown was sunk during the Battle of Midway in June 1942, and was renamed in honor of the earlier Yorktown. It was later modernized for jet aircraft as an attack carrier (CVA) and then as an anti-sub carrier (CVS) during Vietnam.