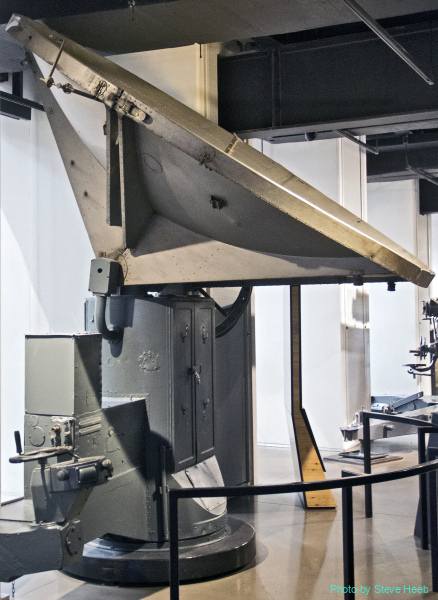 I photographed this Wurzburg A radar dish at the Imperial War Museum’s location in London. The low-UHF band Würzburg radar was the primary ground-based gun-laying radar for the Luftwaffe and the Wehrmacht Heer (German Army) during World War II.