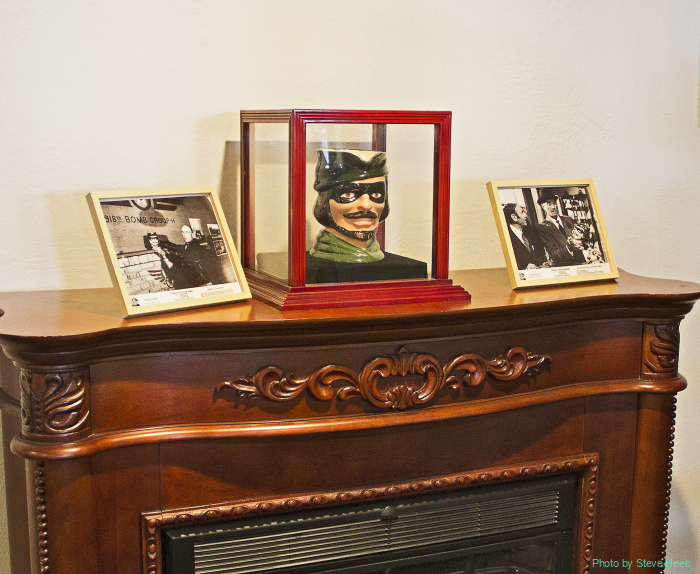 I photographed this Tobey Jug at the Commemorative Air Force’s museum at Falcon Field in Mesa, Ariz. Most will recognize it from the movie 12 O’Clock High when it was “turned” to discreetly alert crews of the 918th BG that there was a mission planned for the next day (Yes, Kieth Davenport, there’ll be another one tomorrow!)

Along the 12 O’Clock High line, the CAF also has a B-17 Tail from the Fortress used in the television series.