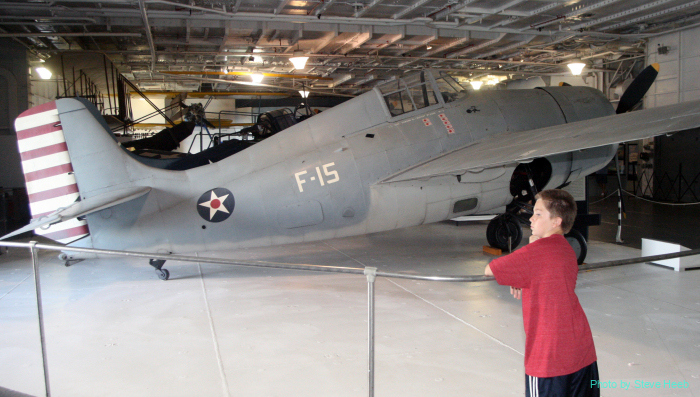 I photographed these examples of the Grumman F4F and FM-1/2 Wildcat at the Museum of Flight’s Personal Courage Wing; at the Pacific Aviation Museum at Pearl Harbor; on the USS Yorktown at Patriots Point; at the Smithsonian NASM; Palm Springs, the Pima Air Museum; and even an FM-2 listed as airworthy the Imperial War Museum in Duxford, England. I took the pics at Charleston, SC, during the 447th BG reunion in October 2013. The National Air & Space Museum visit was in 2015 during the 447th BG reunion in Washington DC.

Note that there are three separate Wildcat examples in photos I have taken at the Museum of Flight. The first was 12296 I shot during the Personal Courage Wing opening in 2004 and I also shot that same airframe 10 years later at the Pacific Aviation Museum in Pearl Harbor during a Hawaii trip in 2014. A second Wildcat (86690) was photographed at the Museum of Flight in 2010 and the third (74512) in 2016.


Same plane moved from the Personal Corage Wing at the MoF (above in 2004) to the Pacific Aviation Museum at Pearl Harbor, where I photographed it in 2014

Propellor from a Wildcat