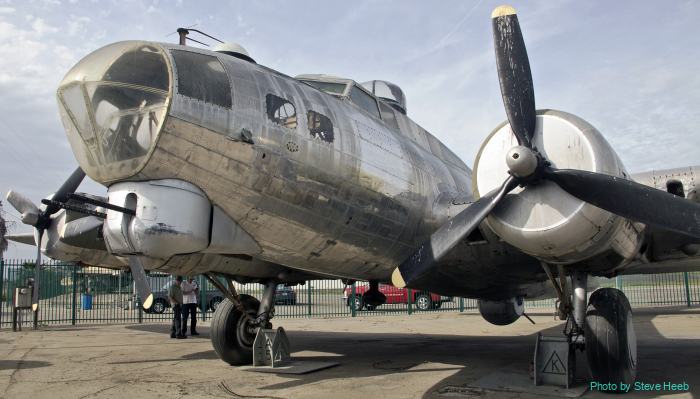 Just a few pics of the B-17G 44-85738 Preston’s Pride from my personal archives documenting the B-17s I have had the good fortune to see in person. In April 2018, my son’s high school band was invited to perform at Disneyland and as soon as my chaperone duties ended with the group was ready to depart at LAX, I quickly grabbed a rental car and headed 175 miles north to Mefford Field in Tulare, Calif., to see Preston’s Pride. Some of the members of AmVets 56 were there on-site with the plane and allowed me to get some nice access for photographing within the fence. Unfortunately, I was unable to join the crew that would be buffing out the oxidized skin just a couple days after my scheduled departure. You may notice some “test” spots that represent what the plane will look like when they are finished — it’s going to be shiny!!!

Preston’s Pride was the first of four Fortresses I was able to photograph in a two-day span during that visit. I hope to return soon to add some “after” pics of Preston’s Pride in full shiny glory and wearing new markings that reflect her post-war service.