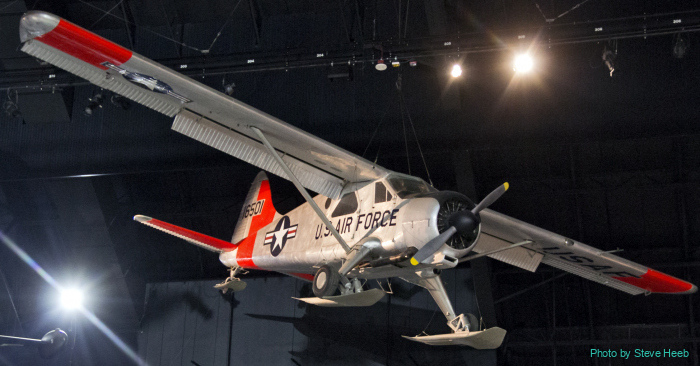 The U.S military designated the de Havilland Canada DHC-2 Beaver as the C-127, later redesignated as the L-20. The L-20A was the STOL utility transport aircraft for the U.S. Army, later redesignated U-6A in 1962, an example of which is on display at the NMoUSAF. I photographed the Historic Flight Foundation’s DHC-2 Mk 1 during the HFF’s Vintage Air Show in 2016.